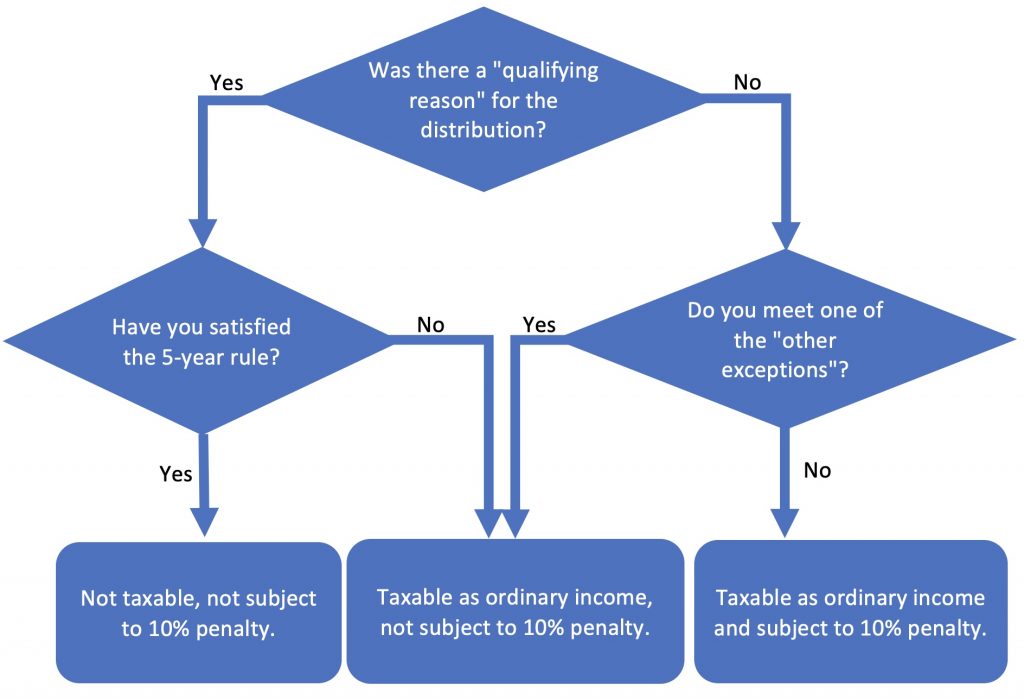 Mike’s note: In talking to people about Roth conversions, it has become clear to me that people have a lot of misunderstandings about the general rules for Roth IRA distributions. So today’s article is something of a back-to-basics post. (It’s actually a re-working of an article that was originally published in 2009, which had considerable room for improvement.)

Withdrawals from a retirement account are known as “distributions.” The way a distribution from a Roth IRA is taxed depends on what type of money is being distributed. Specifically, a Roth IRA can consist of (up to) three types of money:

Example: Kelly is 24 years old. She opens her first Roth IRA and contributes $3,000. Two weeks later, she takes the $3,000 back out. Kelly does not owe any tax or penalty.

Distributions of converted amounts are not subject to ordinary income tax.

Distributions of converted amounts are subject to a 10% penalty, unless (at least) one of the following is true:

The following are the “qualifying reasons” for a distribution from a Roth IRA:

Other Exceptions to 10% Penalty

The following are the “other exceptions” to the 10% penalty:

And distributions of earnings will be subject to a 10% penalty unless:

The following flowchart summarizes tax treatments of distributions of earnings from a Roth IRA:

All Roth IRAs Are Viewed as One

Example: Over the course of a few years, you contribute $50,000 to your Roth 401(k). After leaving that employer, you roll the entire Roth 401(k), which is worth $80,000 at the time of the rollover, into your Roth IRA. For the sake of applying the distribution rules discussed above, the $50,000 is treated as if it were regular Roth IRA contributions (i.e., it can be withdrawn from the Roth IRA tax-free and penalty-free at any time). And the additional $30,000 will be treated just like any other earnings in the Roth IRA (i.e., it will be treated in keeping with the rules shown in the flowchart above).

“A wonderful book that tells its readers, with simple logical explanations, our Boglehead Philosophy for successful investing.”
– Taylor Larimore, author of

Source of Article:
Click Here for More of these Posts

Living a Healthy Lifestyle Is Easier Than You Think – Morning Investment 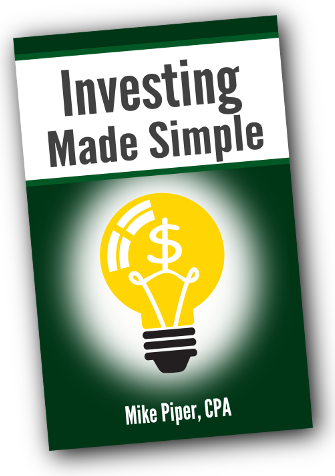